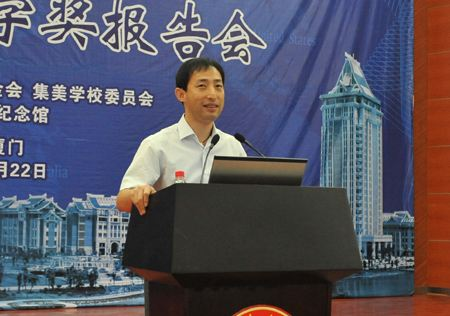 There are many places called Bijiashan in China. However, it is Gao Huijun who made Bijiashan farm famous overnight. 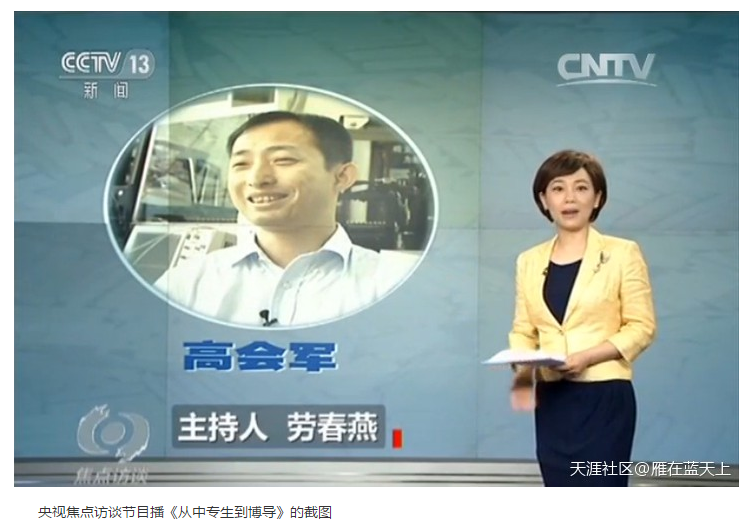 At the beginning of the interview, the host pointed to the screen and said, "the young man on the screen has just turned 40 this year, but he is already a well-known scientist with international leading level. This is not the best. Ten years ago, at the age when many people had not graduated from their doctorates, he was already the doctoral supervisor of famous universities. Can you imagine that? This young scientist, after graduating from junior high school, read only secondary school, and then entered the factory, did not go to university. He started as a mechanic, and finally went to the top of the palace of science. Who is he? How did he come to success? " Gao Huijun was born in 1976 in a remote farm in Heilongjiang Province. This remote farm is Bijiashan farm. 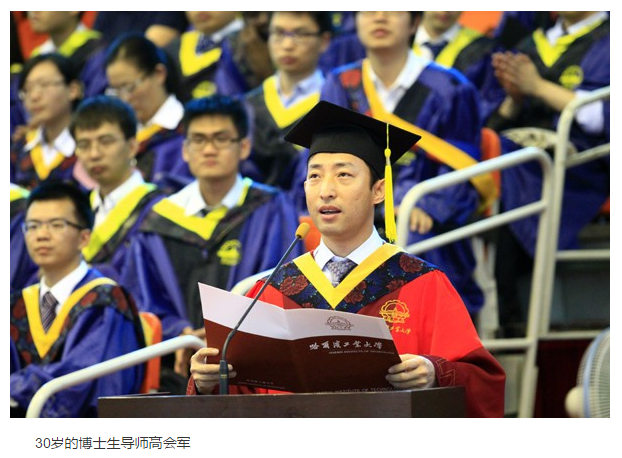 With a series of outstanding achievements, he won the second prize of National Natural Science Award twice. In 2014, as the first adult, he was the youngest winner of the natural science award. 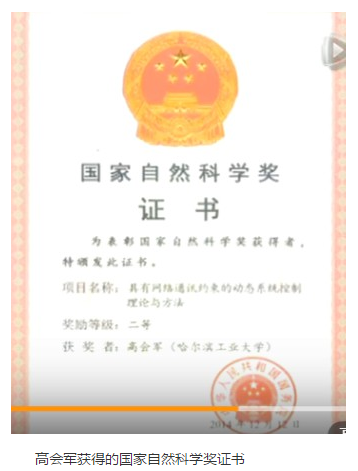 In 2014, Thomson Reuters Bibliometrics experts comprehensively evaluated the academic performance of global scholars and selected 17 most influential scientists in the world. Gao Huijun was the only Chinese scholar among the selected. Gao Huijun, the doctoral supervisor, came out of the remote farm in Bijia mountain. Speaking of Bijiashan farm, although remote, it is not unknown. The remaining vein of Wanda mountain in Xiaoxing'an Mountains stretches from Jilin Province to the foot of qixinglazi in the middle of Sanjiang Plain. After stopping the brush twice like a master of ink painting, he left three peaks like a pen holder. Bijia mountain is named for its mountain situation.

There is a prison in Bijiashan, which is the prison mentioned by the writer Zheng jiuchan in his novel red dream. It was originally organized as the seventh labor reform and education detachment of Heilongjiang Province. It was mysterious that he had imprisoned Bai Chongxi's nephew, former party secretary of Heilongjiang Province of the KMT, a classmate of Jiang Weiguo, and a student of Zeng Zesheng, director of the Northeast Branch of the Kuomintang. The footprints left by the leaders of the Communist Party of China, such as Yu Si and Yu Si, were paid attention to in the late period of the labor revolution. So far, there are still many stories left here by senior figures of the Kuomintang and the Communist Party.

From Bijia mountain to Jiafu railway line, it is a hilly hillside. As early as the 1950s, local people planted apricot, fruit trees, plum trees, pear trees and various varieties of grapes according to the terrain and soil composition here. Every spring, from April to May Day, there are red and red apricot flowers, clusters of pear flowers and white fruit trees with pink silk edges. The fresh fragrance of flowers permeates the air for several kilometers.

After passing through three peaks like Bijia and walking three or four kilometers to the southwest, after passing through an artificially split mountain pass, a vast expanse of water suddenly appears in front of you. Here is the Bijia mountain reservoir. In the horseshoe shaped hills and depressions, people built a two kilometer long dam in the horseshoe like mountain pass, storing vast and Miao rivers and rivers.

According to local historical records, Bijiashan reservoir was built in the eighth year of Kant (1941 AD) during the period of Manchukuo. The Japanese development corps, which occupied Northeast China at that time, planned to reclaim 10000 hectares of paddy fields around Baoshan, forcing a large number of Chinese migrant workers to build the reservoir. When the reservoir was built, a lot of labors died when they dug out the cave at the northeast corner. In the 1970s, when the national agriculture learned from Dazhai to build water conservancy projects, many white bones of former laborers were dug out on the hillside nearby, which is another iron evidence of Japanese militarism's invasion of China. Later, they accepted young intellectuals from Ningbo, Shanghai, Beijing, Tianjin, Jiamusi, Shuangyashan and Mudanjiang.

At that time, all kinds of personnel gathered here from all over the country brought all kinds of culture and information, which made Bijia mountain develop a culture of advocating learning. In particular, Li Weixuan, a young worker from Ningbo sulphuric acid plant in Zhejiang Province, was introduced in "from young worker to associate professor" reported by China Youth Daily. After graduating from high school, he insisted on the road of amateur self-study with indomitable perseverance, made contributions to the scientific cause of the motherland, and was promoted to associate professor of Changsha Railway University. Li Weimin, Li Weixuan's younger brother, was the son-in-law of Gao Huijun's neighbor, and later became a professor at Shanghai Jiaotong University. Under the influence of such environment, Gao Huijun has developed a habit of learning since childhood.

One day in June 2017, the author interviewed Gao Huijun's parents in his hometown. They were two ordinary old people. It is such a simple and kind couple that brought up the world-famous scientist Gao Huijun's father Gao Qingxiang, a retired employee of the grain and oil processing plant of Bijiashan farm, and his mother Yan Yunrong, a kind housewife. In the loading and unloading team of the grain and oil processing plant, Gao Qingxiang began to resist sack loading and unloading of grain. Later, he drove a small four wheel dumper to load and unload grain. His favorite hobby was playing chess. He got to know a group of chess friends and often took them home. After playing chess, he had to eat and drink at home. At this time, xiaohuijun will be sent to the windowsill of the kitchen by his father to read and do homework.

"Our children don't have the conditions like the children now. They have been studying in various classes since kindergarten. They are afraid of losing at the starting line. At that time, we didn't like this. We couldn't afford it. My father and I are not well educated, and we can't help our children. The children learn by themselves. What's different about them is that they can bear hardships. " Gao Huijun's mother did not have a job. In her early years, she subsidized her family by processing clothes for others. Her story is very simple. 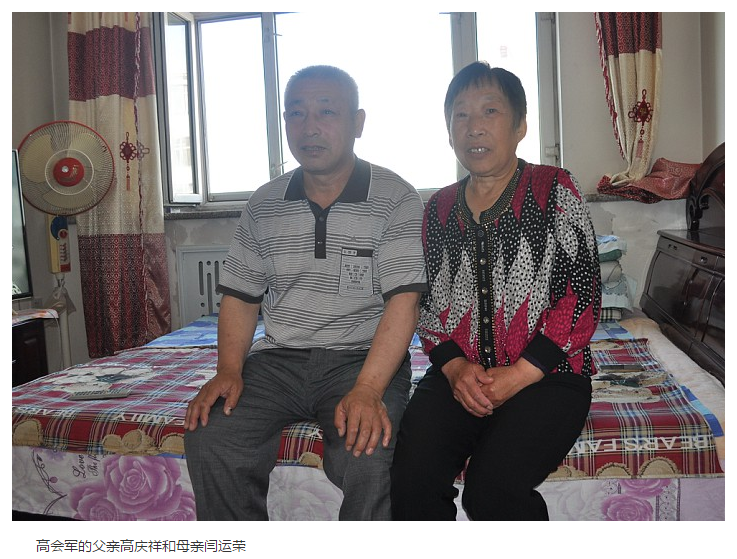 One year, I went home from Xi'an for the Spring Festival. I had a hard ticket from Xi'an to Beijing. I didn't sit from Beijing to Harbin. After standing for more than 20 hours, my legs swelled when I got home. Even standing in the car, Gao Huijun was reciting English words silently. When the author asked Gao Qingxiang to prove that it was said that xiaohuijun could recite the Xinhua Dictionary backwards, Gao Qingxiang said frankly: there is no complete dictionary by heart, but the child really likes to look through the dictionary. The dictionary used before junior high school has been turned upside down. One of the characteristics of this child is that he can remember everything he has seen. Sometimes, students ask each other questions. He has several times The page number of the dictionary is right. However, during that period of postgraduate entrance examination, I did turn over English Chinese dictionaries. There is still a year to go home with a disease, get off the car on the body fever, leg weakness, three miles from home can not walk. I went to my uncle's house nearby and had a sleep. The illness made Gao Huijun's hair all yellow and zoom. The doctor diagnosed hyperthyroidism and said that the child was overworked and malnourished. Should have a good rest, increase nutrition, but at home that kind of condition, how can increase nutrition? Mother can only against her heart to persuade the Army: children, the body is important, don't study so hard. You can't eat very good food, but it's not too tired. Now you have finished your technical school and have a job. It's good. You can see that the eldest of Lao Yang's family in the front yard was not only malnourished and overworked in school, but he was assigned to work in Fujin tractor factory and died in less than a year.

Yang Yutian, who was also a technical school alumnus of Gao Huijun, once lived in the same dormitory with Gao Huijun when he took the postgraduate entrance examination later. Also a poor family, willing to study hard. Speaking of Gao Huijun's experience of self-study and postgraduate entrance examination while working in the factory, it is also very hard. Gao Huijun is assigned to operate CNC machine tools in the factory. He often contacts gasoline and cleaning agents. His skin is allergic and his fingers are often red, swollen and itchy. But this is what a technician who graduated from a technical school learned, and his daily work is the same. All these difficulties have become the driving force for the gaohui army to study harder and change their fate.

Now looking back on the growth experience of Gao Huijun, it is in line with the sage Mencius: "heaven will descend to the great responsibility of these people, we must first painstakingly, labor their muscles and bones, starve their bodies and skin, empty their bodies, and disturb their actions. Therefore, they have a heart and a heart, and have benefited from what they can't do." The clear mountains and beautiful waters of Bijia mountain have nurtured such outstanding talents as Gao Huijun. The world leading achievements of Gao Huijun have proved the spirit of Bijia mountain. In the 1950s, a warlock from Jiangxi Province once said that Bijia mountain is beautiful and beautiful, and there will be world-famous people in 50 years. Now it is true.

Recently, it has been said with regret that such a great scientist has emerged from Bijia mountain. How can no one use this resource to publicize and expand its influence. Gao Huijun's scientific research achievements and influence in the world's scientific and technological circles are no less than Mo Yan's. Gao Huijun grew up here. The house he lived in, the school he had read, the roads he had traveled, daily necessities, school supplies, video materials, and everything related to Gao Huijun would be non renewable resources. Build a memorial hall to carry forward Gao Huijun's hard-working learning spirit. Let Bijiashan people be proud and proud of such scientists in their hometown. Maybe some people are thinking of doing this. 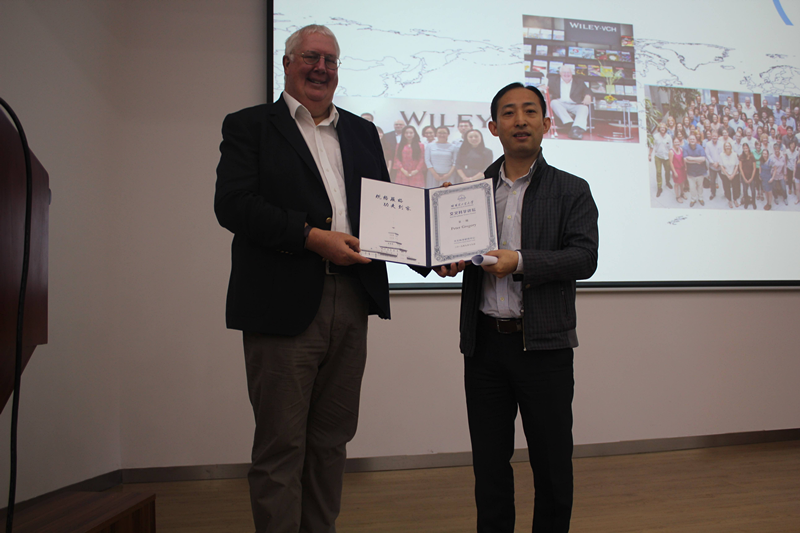 This article is about Hao Liancheng