(editor Chen Yunfa correspondent / Zhu Xiangzhao) on November 7, 2020, the pen meeting activity of "Celebrating the successful closing of the Fifth Plenary Session of the 19th Central Committee of the Communist Party of China" organized by Liu Seng Association, an outstanding communist party member and model worker of Beijing, was held in Beijing Branch of national ritual calligraphy and Painting Academy of jingle palace, Wudang Mountain. 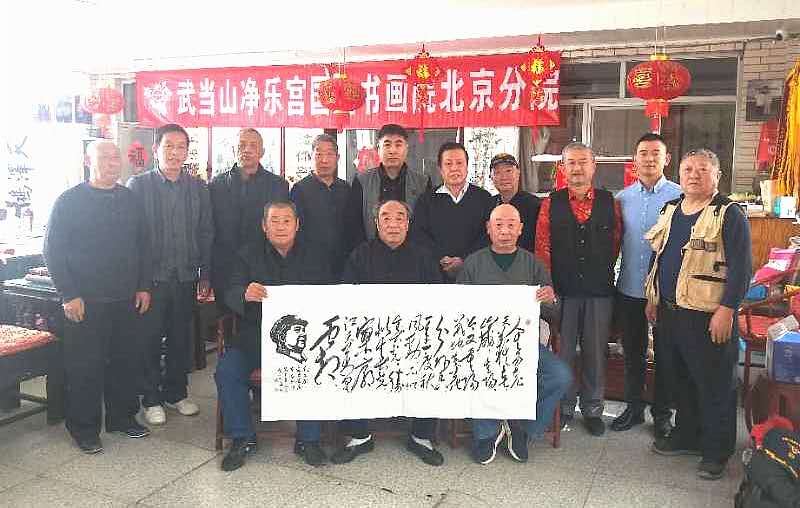 "To celebrate the successful closing of the Fifth Plenary Session of the 19th Central Committee of the Communist Party of China, 2021 is the centenary birthday of our party, showing the brilliant achievements of the Communist Party of China in leading the people of all ethnic groups to work together, forge ahead, and constantly promote the great rejuvenation of the Chinese nation. Through the form of calligraphy, we sing the ever-changing changes of the motherland, wish the motherland its 99th birthday and wish the great motherland more beautiful in the future Good, more brilliant, we specially hold this activity, "said Liu sanghui, President of the Beijing Branch of the national ritual calligraphy and Painting Academy of jingle palace in Wudang Mountain. 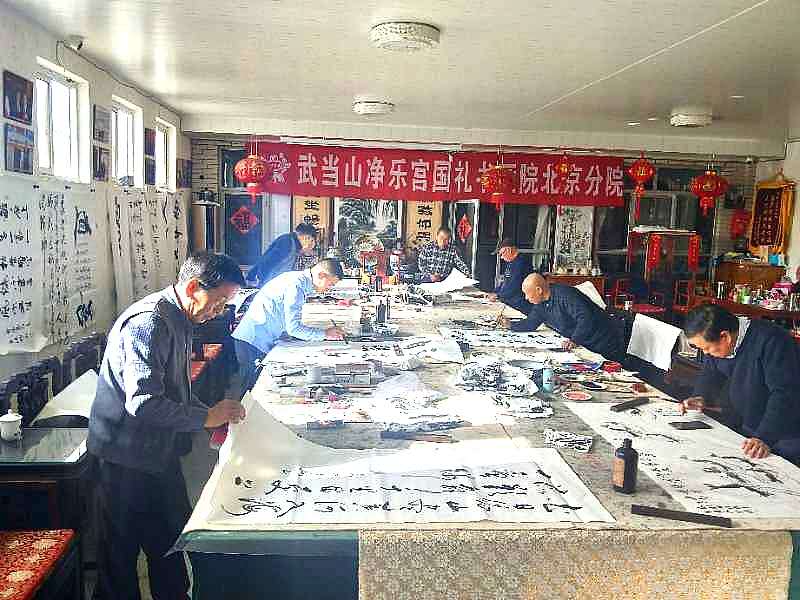 Now please enjoy the works of the teachers；

Introduction: Chen Shijin, male, Dongfang Yunzi. Born in 1953. First class artist, master of books. At present, he is the vice president of Guoli calligraphy and painting academy, vice president of Guoli calligraphy and Painting Academy of Wudang Mountain jingle palace, academician of Chinese painting and Calligraphy Academy, and director of red flag flying calligraphy and painting academy. Over the past 40 years, the author has constantly learned from others' strong points, studied calligraphy theory and kept on writing, and gradually formed an artistic style of vigorous writing, flexible rhythm, plump and hearty, bold and unconstrained momentum. His works have won the Milan International Excellence Award in commemoration of the 70th anniversary of the founding of the United Nations and the 70th anniversary of the victory of the world anti fascist war. He has participated in the tour exhibition of contemporary calligraphers and painters of Expo Milan, the exhibition of 100 calligraphers and painters on the 15th anniversary of Macao's return to China, and the invitation exhibition of Chinese painters and painters on the 50th anniversary of the establishment of diplomatic relations between China and France Travel Research Association and international friends collection. 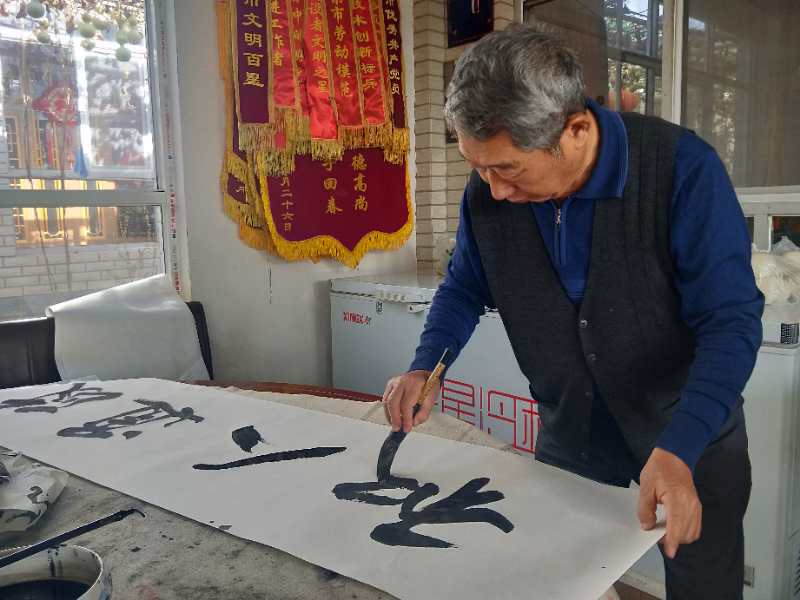 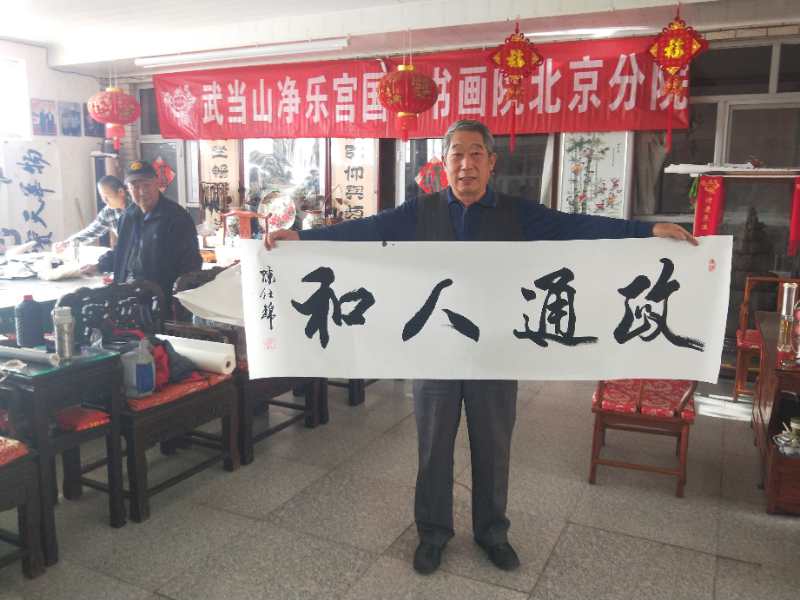 At present, he is the vice president of Guoli calligraphy and painting academy;

He is the executive director and deputy director of the creative Committee of the Chinese Academy of calligraphy and art;

His works won the gold medal in the calligraphy and painting exhibition in commemoration of Chairman Mao's 125th birthday;

In 2018, he co created a 100 meter long scroll of calligraphy and painting with famous flower and bird painter Mr. LV Yanting, which has been collected by the United Nations Asian Federation of literary and cultural circles.

Chairman Mao's book one of the "one belt, one road" was collected by the kingdom of Morocco embassy.

He has won the title of "Chinese charity and love contribution artist";

He was awarded the title of "Chinese contemporary artist" in the activity of "not forgetting the original intention and moving forward" in the celebration of the 19th National Congress of the Communist Party of China;

In addition, his works have been collected by many families at home and abroad. 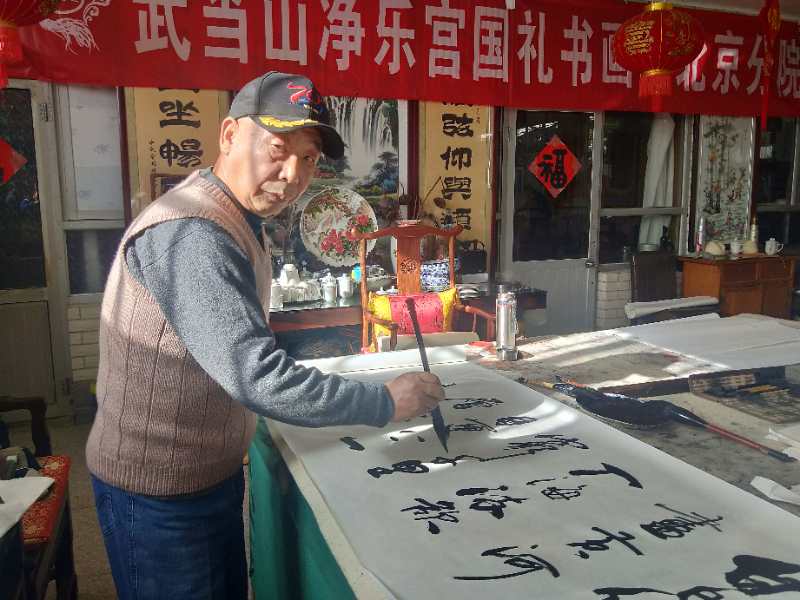 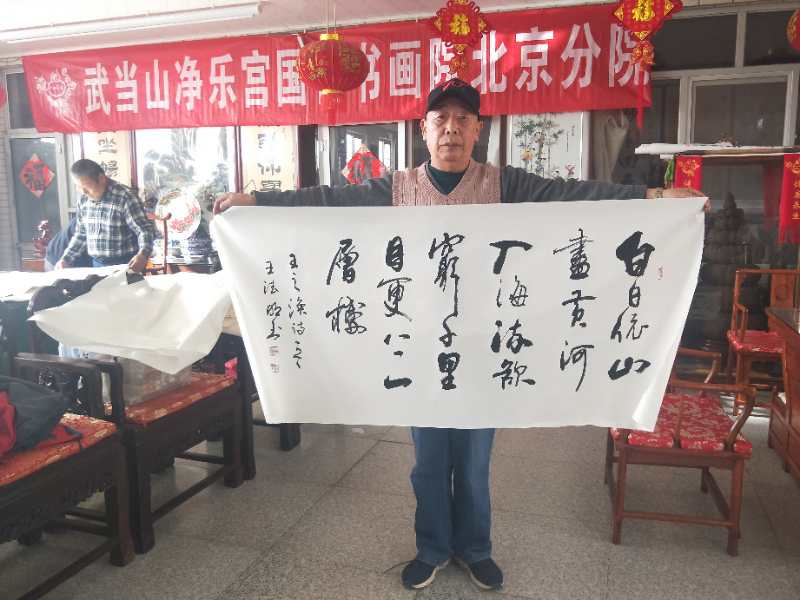 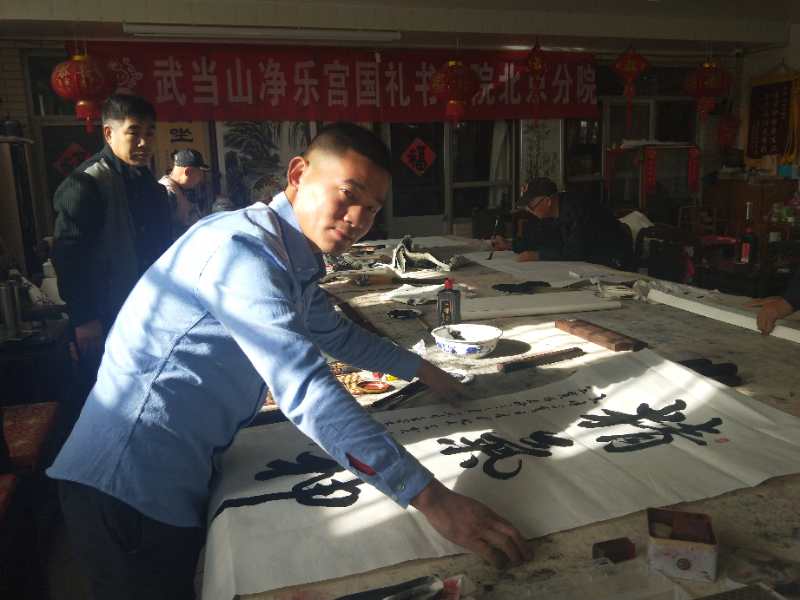 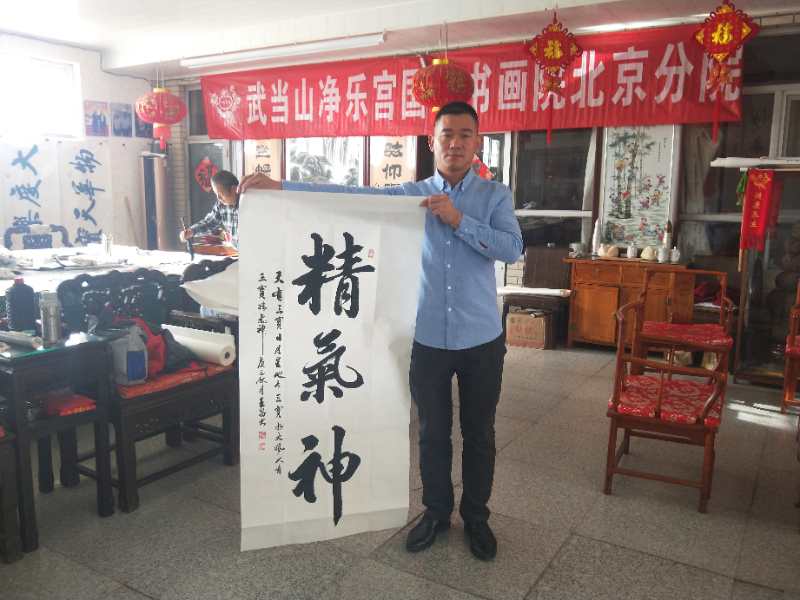 Yin Ming is a rich man with a rich beard. 62 years old, living in Beijing.

Vice president of Guoli calligraphy and Painting Academy of CCPC.

Vice president and Secretary General of the Museum of calligraphy and painting.

From childhood, he was influenced by his family and loved painting and calligraphy. He studied under the famous painter fan Jiahuan. Study hard, not only hard work, but also hard work. His works have won many awards in the exhibition. Many works have been collected by the world brand chairman. 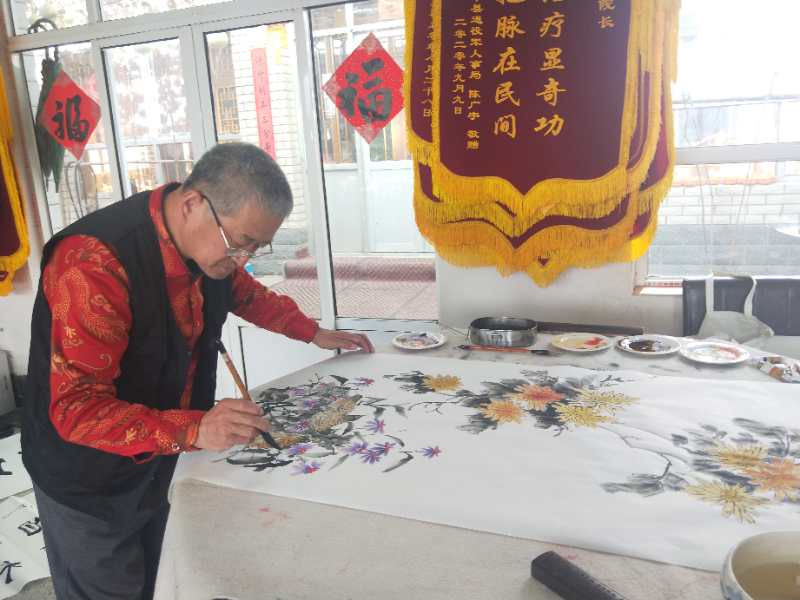 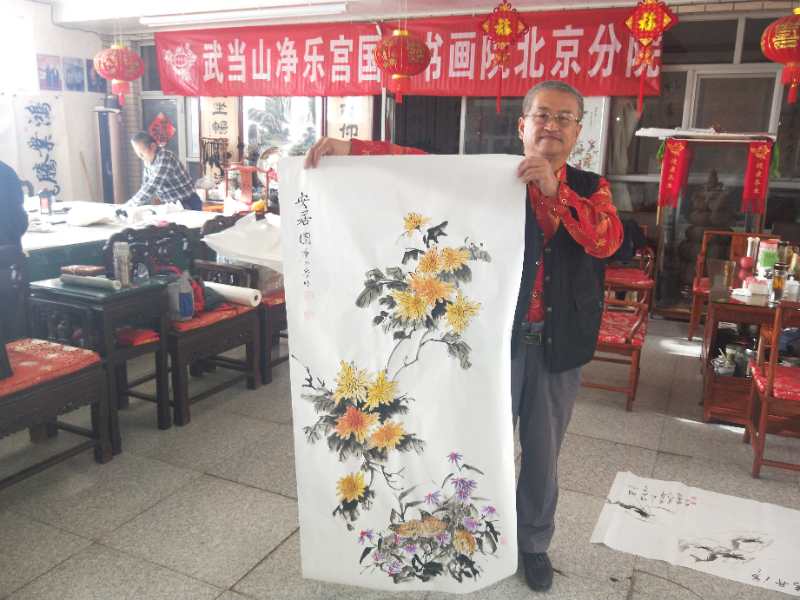 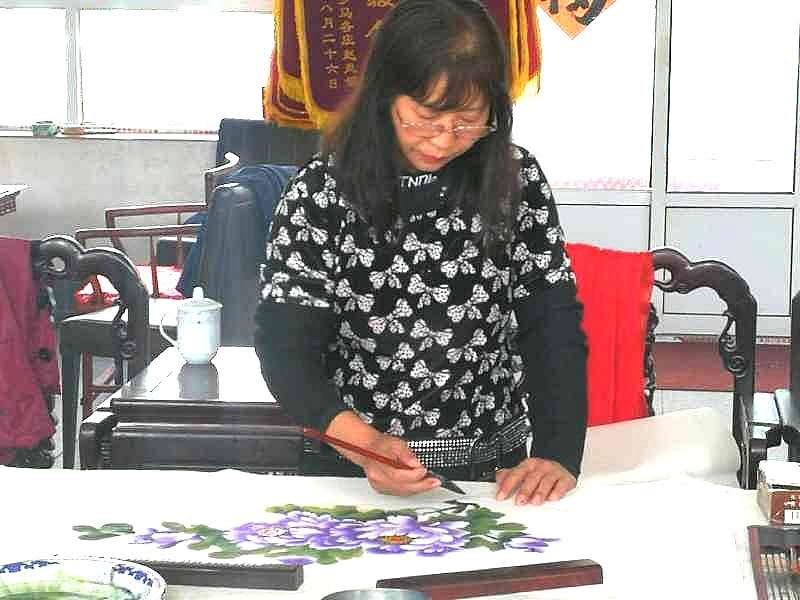 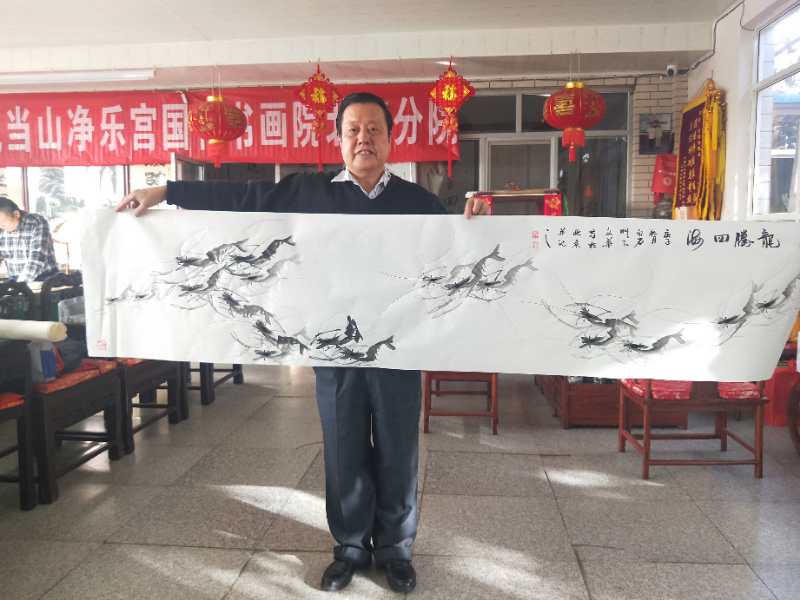 Su Shouqiang was born in 1953 in Daxing, Beijing.

Members of the Communist Party of China. College degree.

He is now an art member of the Chinese Calligraphy Academy.

He is a member of the Academy of calligraphy and painting of the State Council for the promotion of China.

Influenced by his ancestors, he loved calligraphy very much. He especially liked the style of Erwang and Oukai. He was diligent in calligraphy. He took Tian Yunzhang as his teacher and always focused on Oukai.

After that, he went to the Chinese Academy of calligraphy for further study. Under the careful guidance of various famous scholars, he now grasps the essence of four calligraphy styles, namely regular script, line, grass and official script.

Its characters are like bricks and tiles of Qin Dynasty and Han Dynasty, and they are of high quality. A general survey of the whole book is like the vast Milky way and the artistic style of stars shining. He has participated in many national calligraphy competitions and achieved excellent results. Stamps with the theme of my calligraphy have been issued in the United States, France and other countries.

My flat forehead shows the world's view, calligraphy works into thousands of households, loved by collectors and international friends 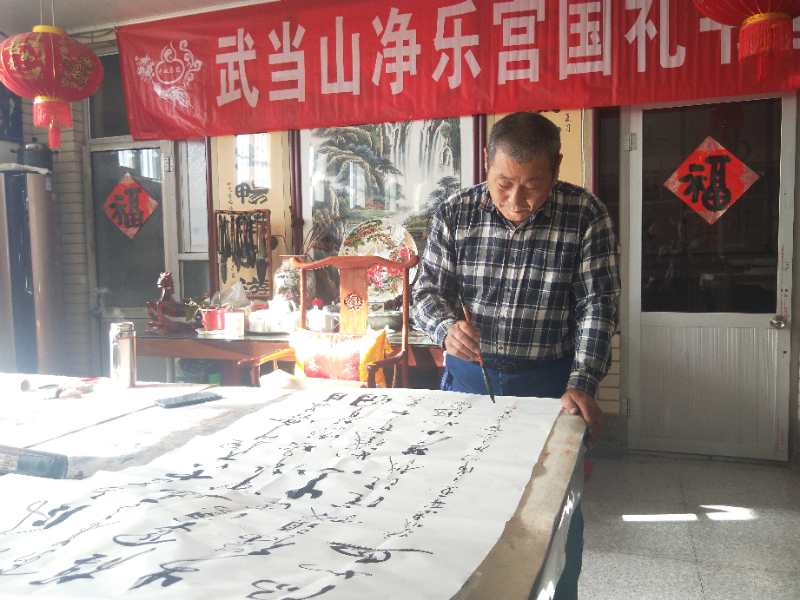 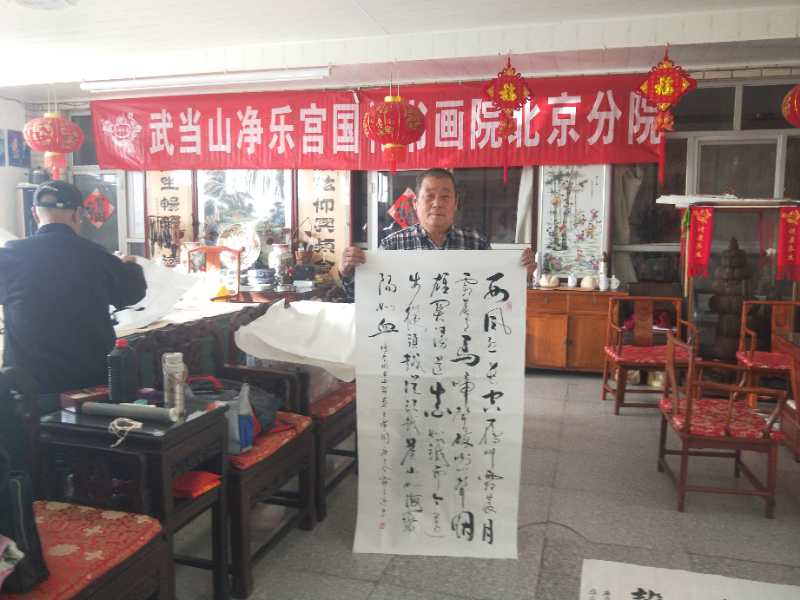 Cheng Baoguang, male, registered residence in Beijing, was born in 1951.

Member of the Chinese painting and Calligraphy Association.

He loved calligraphy very much since he was a child. Influenced by his father's generation, he studied the inscriptions of Yan, Liu, ou, Zhao and other famous masters in the past decades, and gradually formed his own unique artistic style.

Cheng Baoguang regards calligraphy as his life, and takes the inheritance of calligraphy art as his own responsibility. He works hard and studies hard, especially in line and regular script. On the way of calligraphy study, many masters of Chinese painting and calligraphy passed on, taught, helped and brought far-reaching benefits. It has achieved excellent results and is deeply loved by calligraphy and painting lovers. 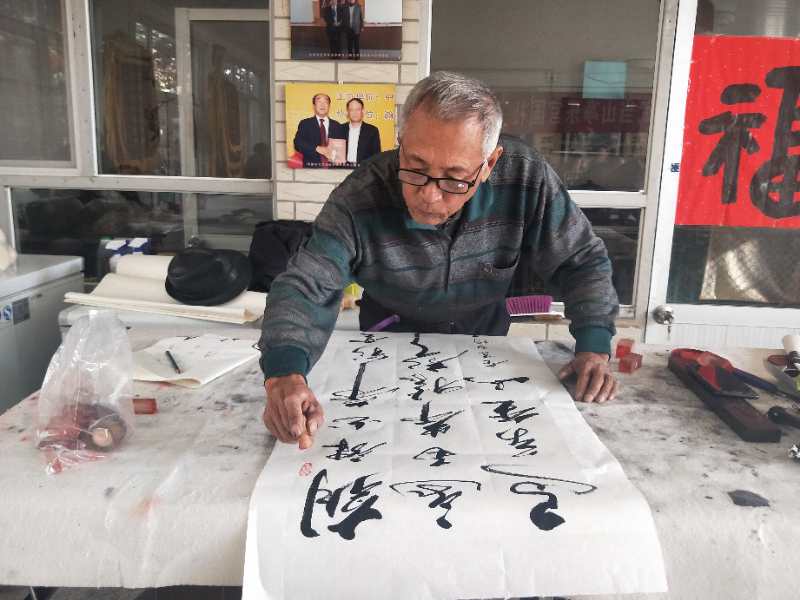 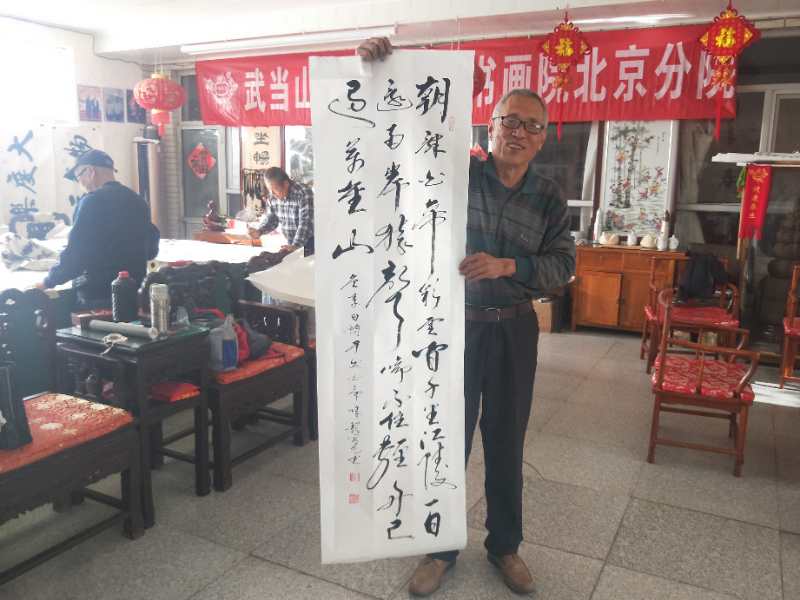 Zhao Liyan's resume, registered residence in Beijing Daxing, male, was born in June 1952. Born in a scholarly family, influenced by his father's generation, he loved calligraphy since his childhood. In Grade 5 and grade 6, he wrote literary works with his teacher as a student. After adulthood, he came into contact with famous calligraphers, especially Liu and Zhao. He was good at regular script and running regular script. To a certain extent, he formed his own writing style, bold and vigorous. Get the expert's attention. 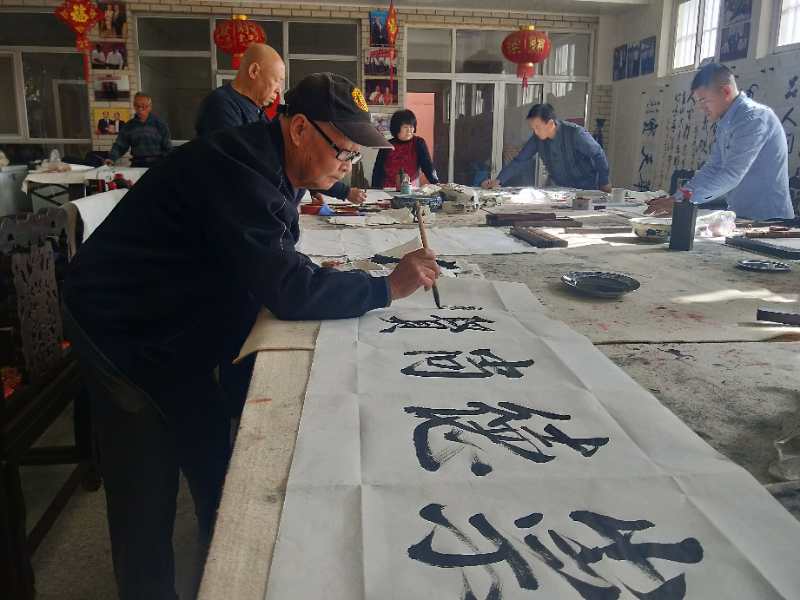 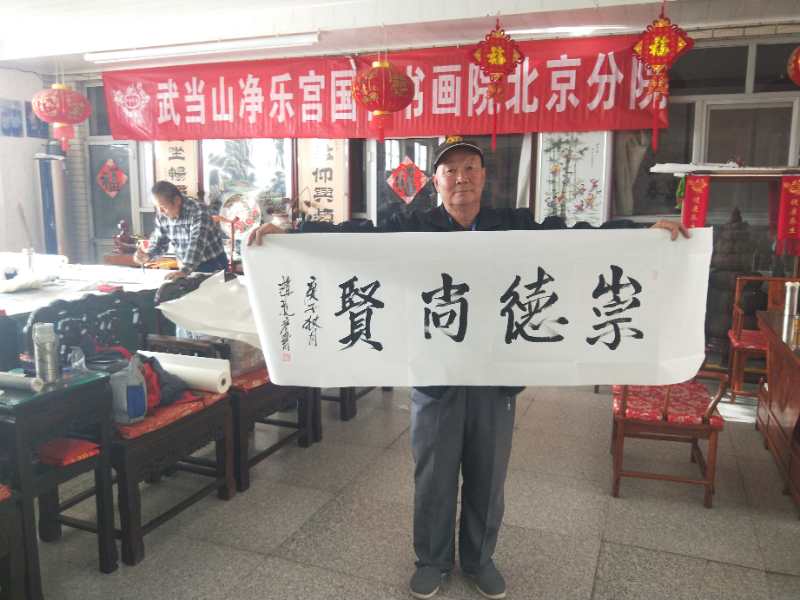 Born in a Book fragrant family, he was influenced by his ancestors and loved calligraphy since childhood. He is now a member of Beijing collection calligraphy and Painting Association and honorary chairman of Huaxia calligraphy and Painting Institute. In the decades of art career, we have benefited greatly from the spread, help, teaching and learning of many masters of calligraphy and painting. And hard to study Wang Yanliu Ou Zhao body, in regular script, line, 蒃, Li, grass on the body of hard practice hard study! For years, like a day, the vigorous and vigorous atmosphere of majestic travel is formed, and the elegance of the ancient is not lost. The works are highly praised by the majority of calligraphy and painting lovers and masters. In each pair, each strive to refine and perfect, in the vast ocean of art unique, blooming. 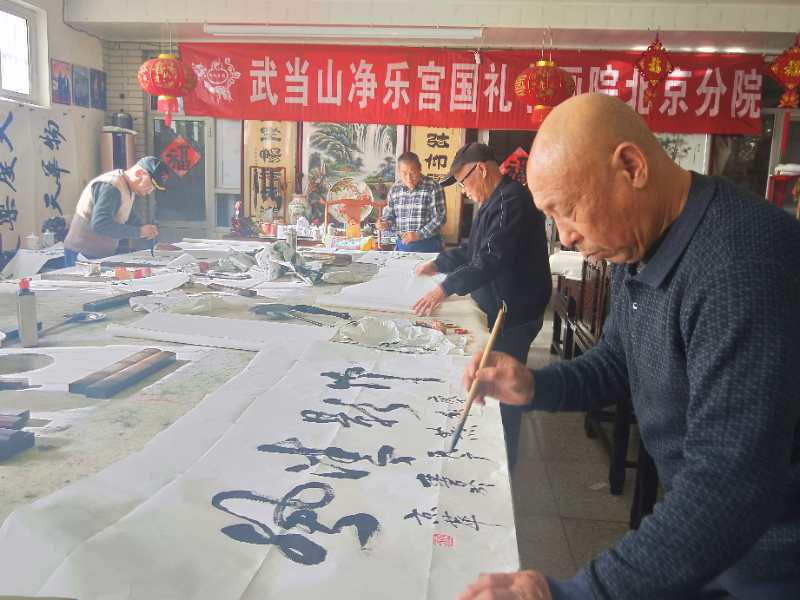 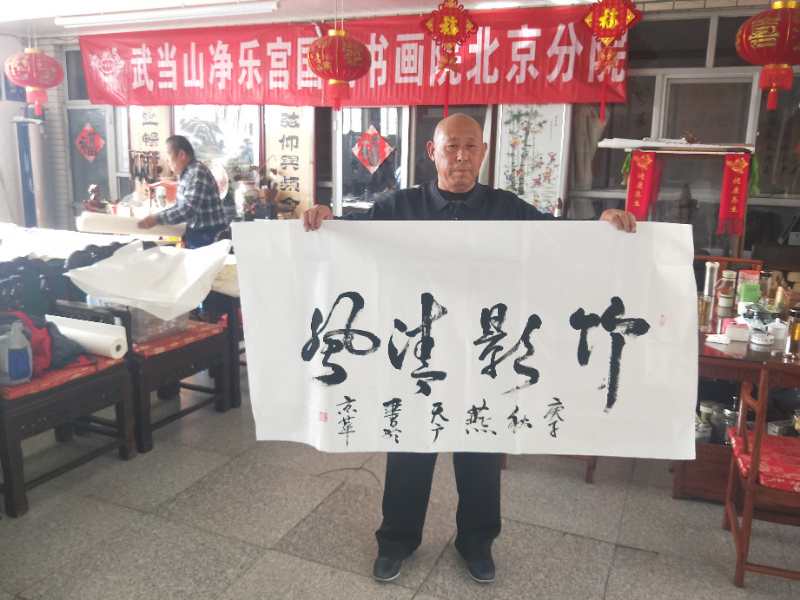 Liu zhanqun, male, born in Tang County, Hebei Province, with college education, has settled in Beijing. Influenced by his family since childhood, he was fond of calligraphy, often copying Liu Gongquan, Yan Zhenqing and others. During the cultural revolution, he came across Mao Zedong's hand. It is deeply collected by calligraphy lovers. In 2018, he created the largest and most beautiful picture album in Guodian Academy of painting and calligraphy. He is now a contract calligrapher of the great love China Association of the Ministry of Chinese classics and culture and tourism. At the same time, he took part in the calligraphy and painting exhibition celebrating the 40th anniversary of reform and opening up and won the excellent award. Participated in the "Thanksgiving society, pass on love" public welfare activities! 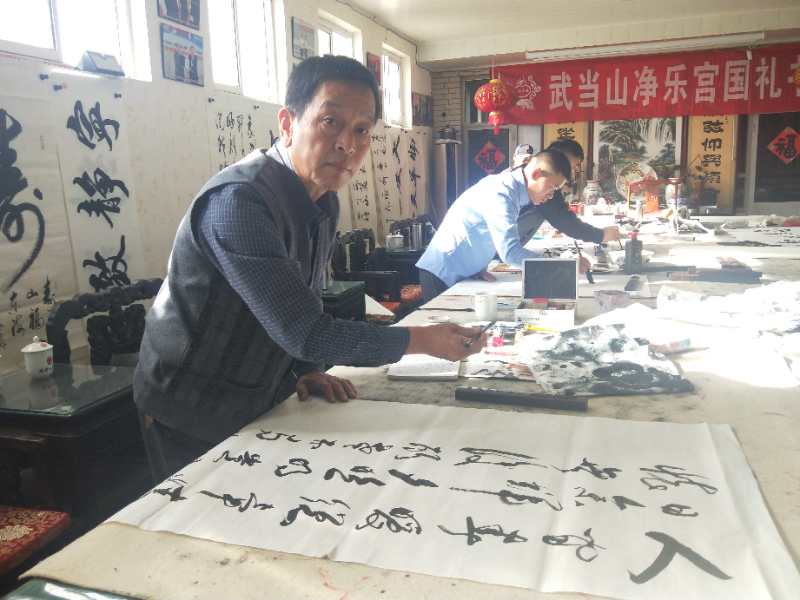 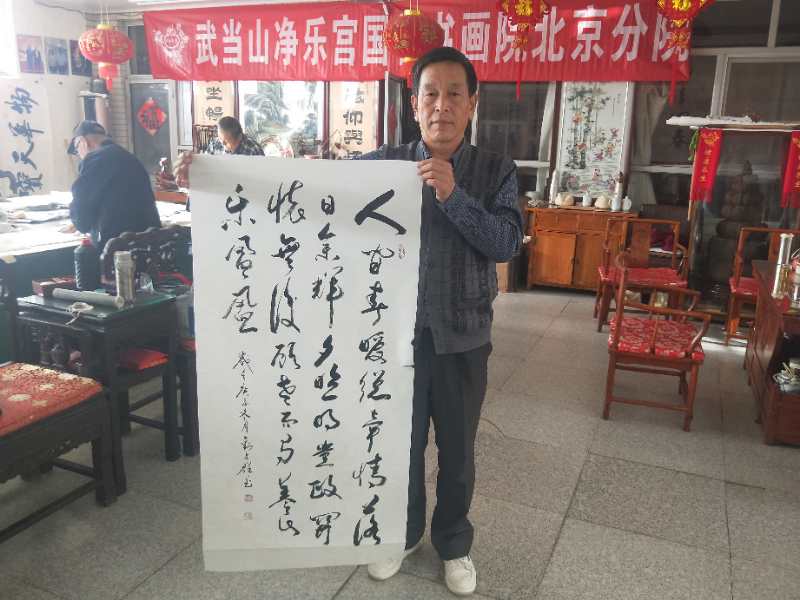 Brief introduction of the author:

Chang Dongsheng, born in 1971 in Beijing, loves calligraphy since childhood. He has studied Wei Bei and Han Bei, followed by Wang Yizhi and Ouyang Xun. He has formed a calligraphy style with rigorous structure, fresh ink and natural beauty. His works have won many awards in Beijing Calligraphy Exhibition. His calligraphy works are loved by collectors all over the country and the major cultural market galleries in China. He is a member of the Chinese couplet Association, a member of the National Federation of calligraphy and painting art circles, and a member of the Art Committee of the Chinese Intangible Cultural Heritage Protection Union. Vice president of Guoli calligraphy and Painting Academy of CCPC. Beijing Xinhua Financial Media Co., Ltd. was nominated and awarded the honorary title of elite in the era of virtue and art. "Pride of China" was awarded the honorary title of influential calligraphers and painters by the Organizing Committee of China Times influence activities. 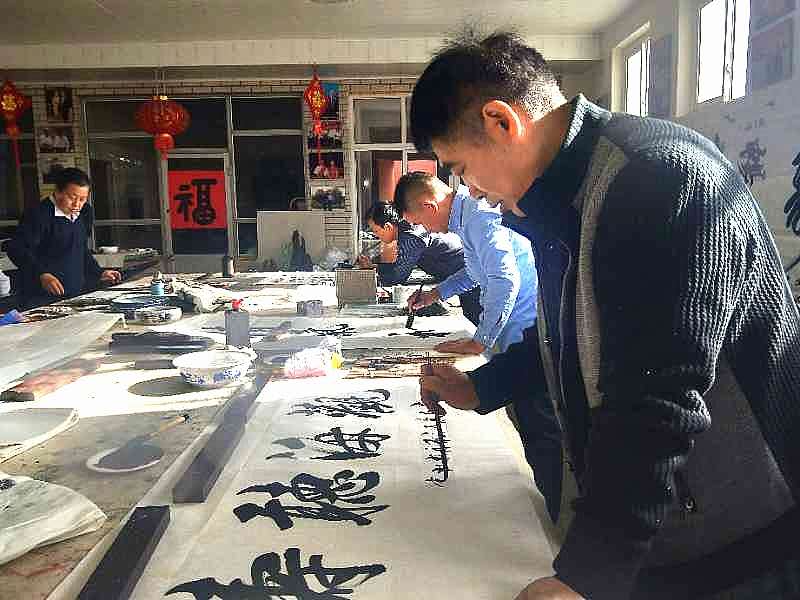 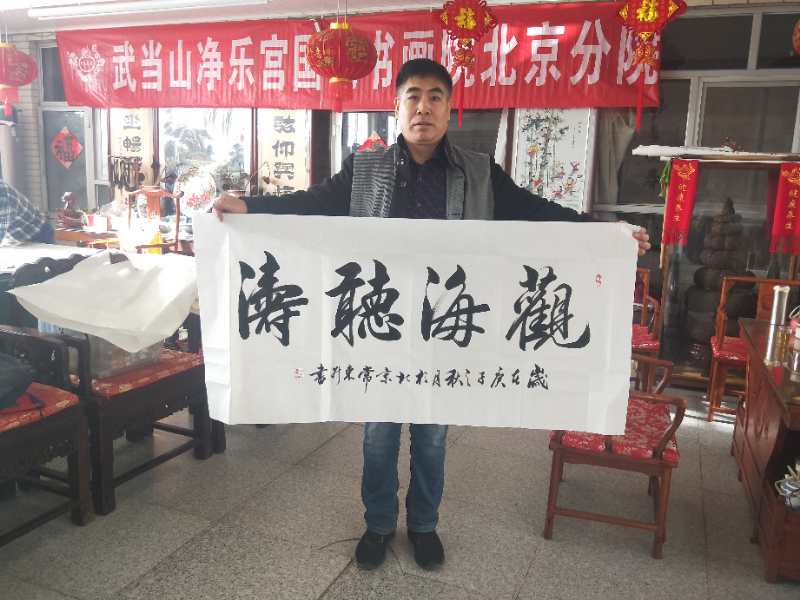 In the studio of Mr. Kong Zhaojin, a collector of Chinese portrait bricks in Chaoyang District of Beijing, I saw his collection of hundreds of rubbings of Qin